Rolling in the grass is common dog behavior. While it might seem odd and rather silly, most dogs do this for perfectly natural reasons. Nevertheless, it is also occasionally a sign that your dog needs some medical attention. If you’ve noticed that your dog loves to roll in the grass, here are some of the most common explanations: 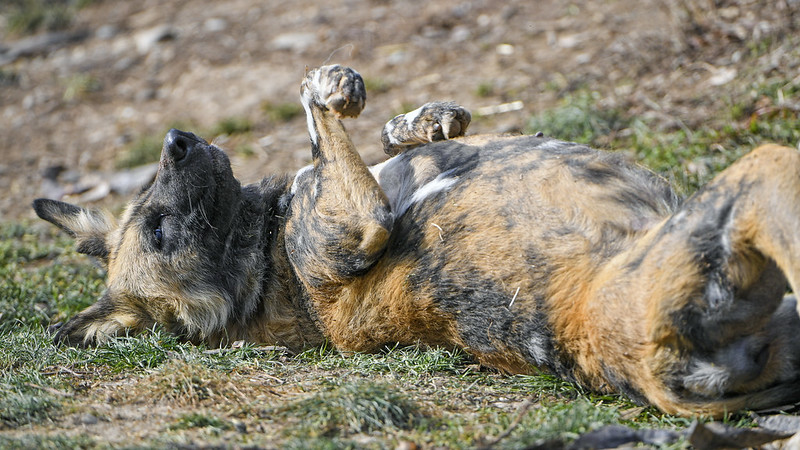 Rolling in the grass might simply be behavior that’s wired into your dog’s canine DNA. Canines like wolves and jackals have been observed to roll in the grass when they encounter something that titillates their sense of smell. They try to get as much of the scent as they can into their fur and body, specifically throughout their head and neck. They will then bring home that odor to their pack. Every member of the pack will thoroughly investigate it and possibly work to trace the origin, which is often discovered to be dead animals.

They want to mask their scent.

Dogs in the wild have been known to roll in the grass to mask their scent. They will try to pick up the stench of the urine of their prey in order to smell like them. Doing so enables them to cover up their own scent and hunt more effectively as they can move closer to their prey without being sensed. Domesticated dogs might follow this behavior even if they no longer need to hunt for food.

They want to mark their territory.

Sometimes, dogs roll in the grass not to take on a new scent but to leave their own. Like urinating, it is a way to mark their territory or to communicate to other dogs that they had been there. Often, dogs will also leave their personal odor using their butts, which have glands that carry their unique scent.

They want to scratch an itch. 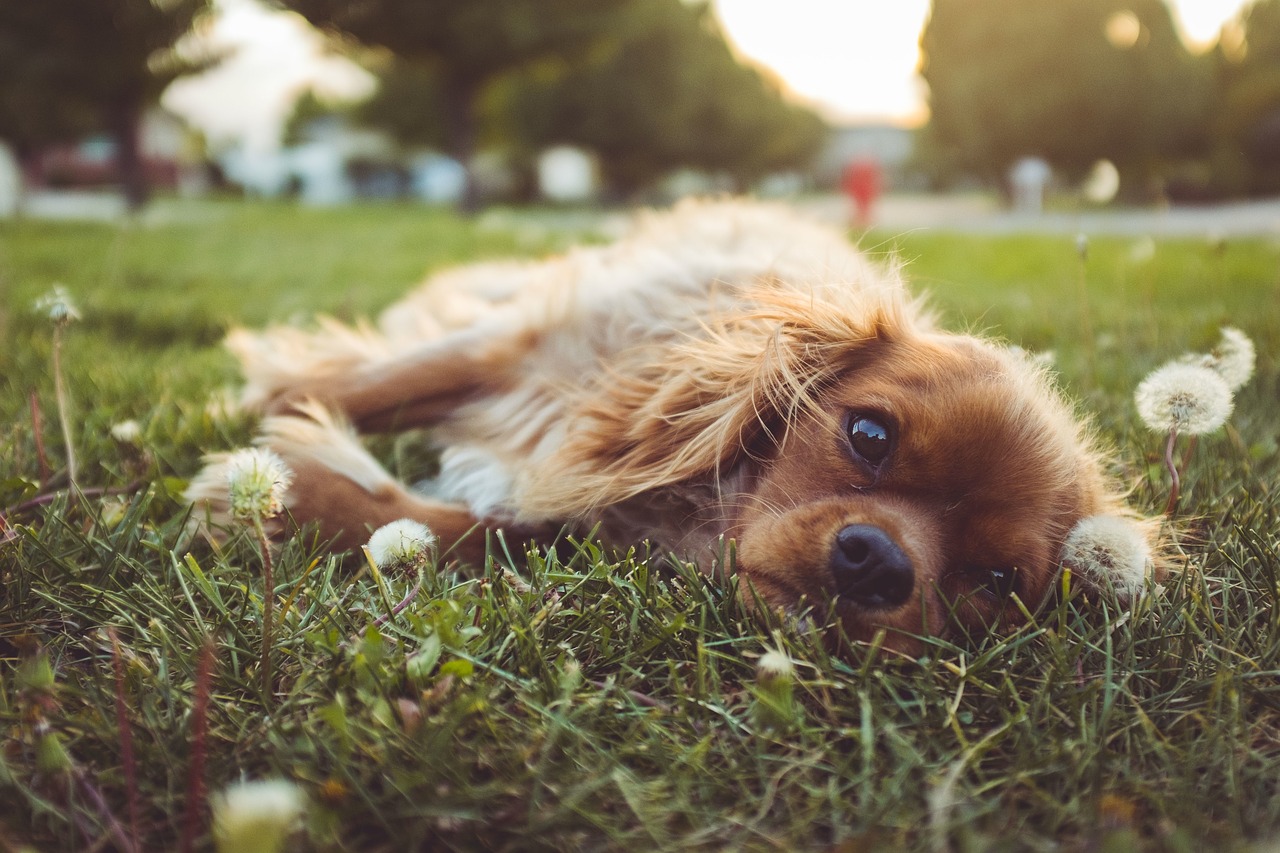 Your dog might find it difficult to reach parts of their back, so rubbing it against something might help a lot when they’re itching. A patch of grass might scratch the right place and alleviate their discomfort. They might also do this to help remove clumps of fur during the shedding seasons.

They feel good doing it. 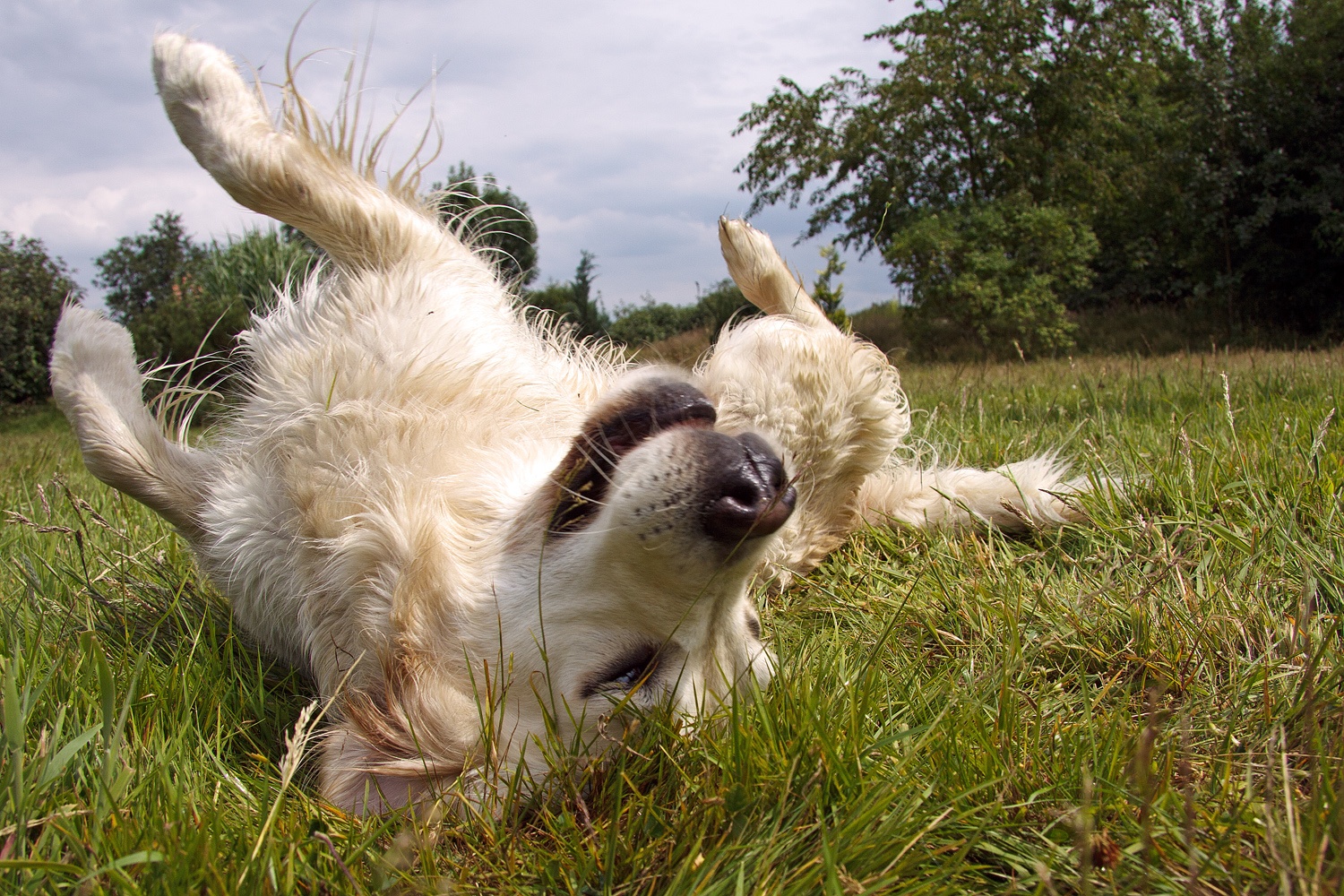 Even if they’re not itching in unreachable places, rolling in the grass might simply feel good to your dog. It might help them brush through their fur and get a good scratch. The dew and dampness of grass might also help them feel cool and rolling around on it might be a good way to relax.

They have a disorder. 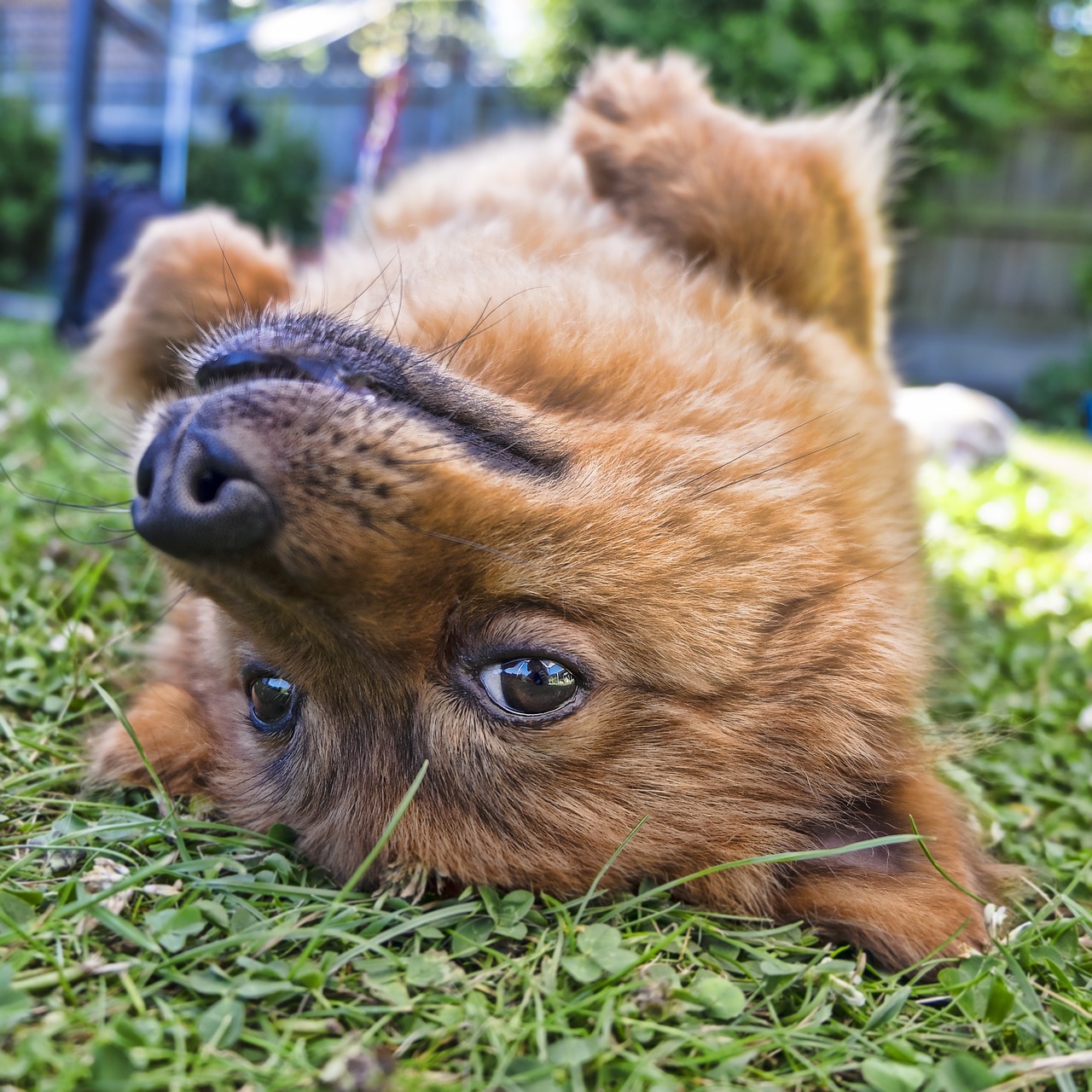 Rolling in the grass is harmless and is generally considered normal dog behavior. However, there are times when it needs to be addressed by an experienced veterinarian or canine behaviorist. Some dogs develop compulsive disorders where they can’t help but repeat certain actions like licking parts of their bodies or chewing on certain objects. If you think that your dog doesn’t just enjoy but might actually be obsessed with rolling in the grass, it would be best to seek out professional help.

They’re trying to get attention.

If your dog has developed a habit of rolling in the grass, it could be their way of trying to make you laugh and getting some positive attention. Chances are, you burst out in laughter and fussed over them the first time they did this. You may have even given them extra treats just for being so cute and goofy. Knowing that they’ll get that kind of attention every time they do this, it’s likely they’ll repeat the behavior every chance they get.

If your dog loves to roll in the grass, it’s usually nothing to worry about unless they suffer from seasonal allergies. This behavior could just be brought on by their canine instincts or they’re just having a good time. Nevertheless, you can always consult with your vet or an animal behaviorist if it is something you’re worried about.